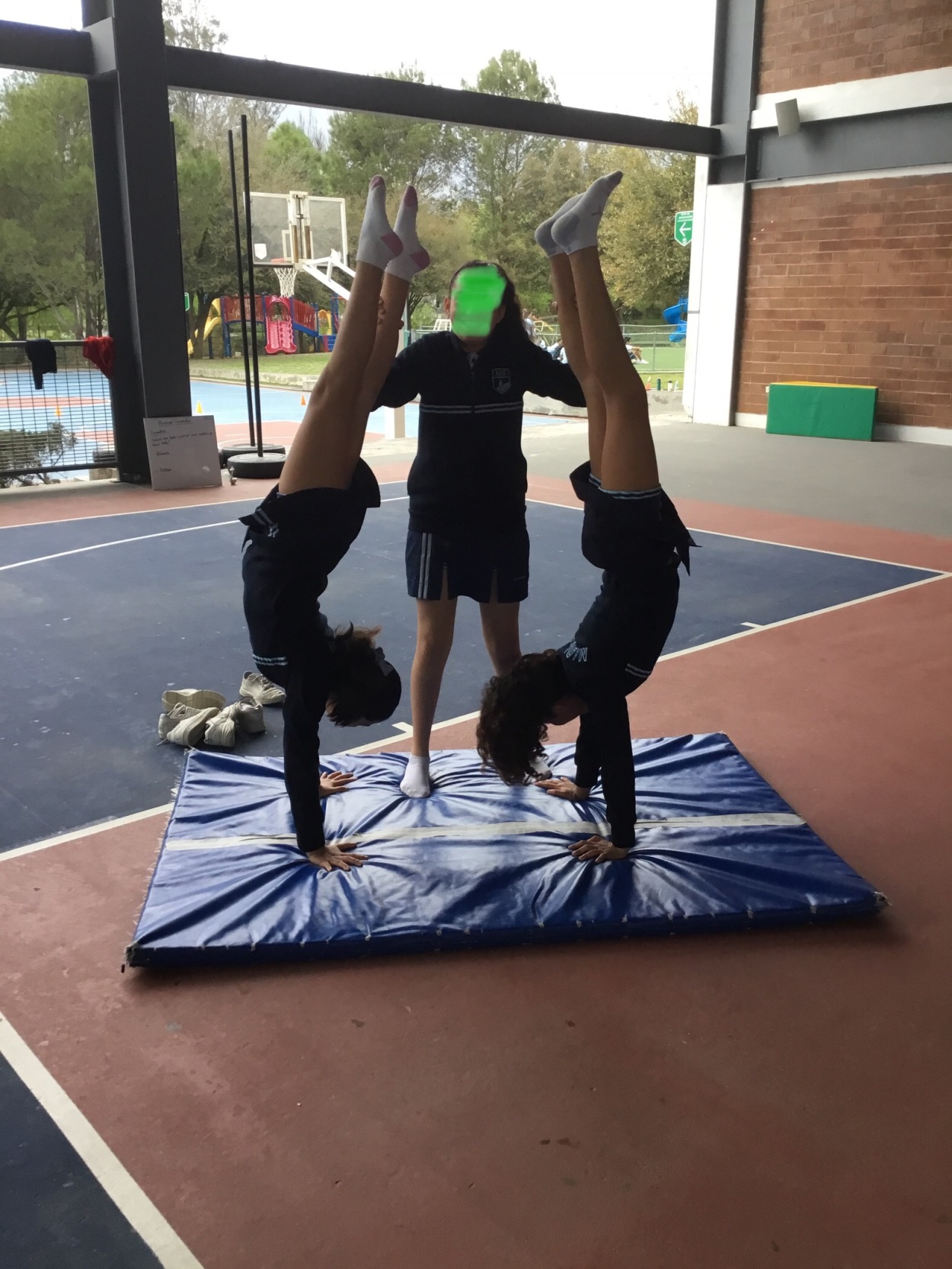 Movement Composition can be a difficult unit if you feel that the only way you can teach students to learn to control and master their body is through gymnastics.  In my unit I decided to introduce some new activities for them as well as include the traditional form of gymnastics.  The activities covered in this unit were:

Each student had 2 introductory classes about what basic skills are needed in the activity to perform well and an experience of what the summative assessment would be.  After these experiences the students chose which activity they would like to research and progress in so they were confident of performing the summative assessment.  All grade levels were assessed against criteria B of the IB MYP curriculum (making a plan of performance) and the second criteria varied depending on the grade level.  In addition, after the students made their choice they would have 3 further classes to improve on their skills as well as prepare for the summative assessment.  Below are the scenarios and expectations students were expected to meet for their final performance.

For the grade levels that were assessed against Criteria C (application of performance) I had to create a rubric for which students would be evaluated against.  The students would be evaluated against space, force and flow as is stated in the IB MYP curriculum.  But what does that mean for these different activities?  After some debating and refining with my peers we agreed upon using this rubric to evaluate the students in their performance.  As you can see below the most difficult area was about assessing the flow of their routine based on which activity they were doing as some have more natural pauses than others, for example gymnastics as small natural pauses between movements whereas parkour is largely non stop movement from start to finish. 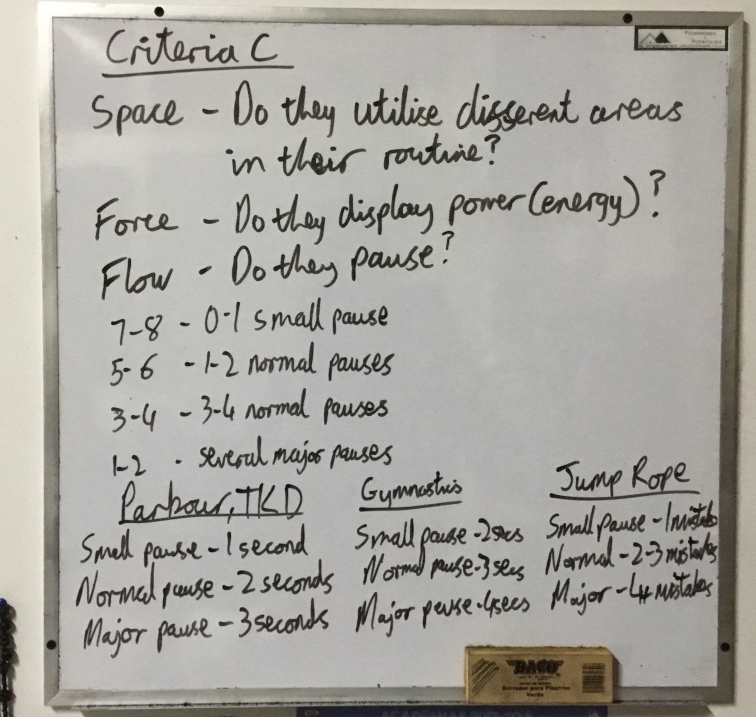 Overall, I felt that the unit was a success due to the high level of engagement and determination from the students to perform well.  When I asked if they preferred to be assessed through different activities there was no complaints about an imbalance in the difficulty of the tasks set or through the grades received as students were fully aware of the neccessity to have  space, force and flow.  The aspect I was most surprised about was the popularity of jump rope with all grade levels and the lack of popularity of gymnastics for their assessment choice.  I think jump rope was so popular as it was a refreshing change for students and they enjoyed the individual and group elements of practice.  Also, with jumping the rope students are more self aware of the progress they are making by either completing the jump or not, it is clearer in their mind what they are capable of doing.  Furthermore, I was surprised at the lack of popularity of gymnastics, with it being either the 3rd or 4th most popular from all the grade levels.  Therefore, next year I aim for it to be more interesting for them to perhaps include them being allowed to use the balance beam or include a ball or piece of ribbon in their routine.  In addition, parkour proved to be the 2nd most popular choice due to its more adventurous nature. Teaching parkour proved to be problematic as teaching students to be creative is not an easy thing to do, especially in the playground environment that they have lived with for a long time.  Guiding them through actions of over, under and around did help to open their mind but it is something that I will need to research further.  Finally, Taekwondo was a complete new activity to me as I have never taught anything similar to it before.  Thankfully, a new teacher at our school is a black belt so I invested a lot of time with her and the Taekwondo academy teacher at the school.  Taekwondo is a very useful and exciting activity to teach (if you have the dummies), students had a lot of fun and mostly challenging for them to apply the correct techniques to kick properly.  It involves a lot of footwork, which can be applied to sports like football (soccer) so I would recommend it.  Famous footballers like Zlatan Ibrahimovic are advocates of this martial art as it helps him to generate force on his kicks on the field.

In conlcusion, my unit of movement composition was successful due to the choice and range of activities offered to the students, which allowed them to invest in improving control of their bodies.  Next year, I will reduce the activities offered to 3 as I felt having 4 different assessments to create and evaluate in different contexts involved a lot of preparation work and reducing it to 3 will open up more time for the students to investigate deeper into their chosen activity.

One thought on “Assessment Choice for Movement Composition in Middle School”